Learn more about the way the universe, planets and stars, matter and living things work in Year 5 Science!

Tricky Matter: The Properties of & Uses for Materials

Last year, you began to learn about matter (from matr, meaning 'stuff' (also 'food') in the Old Norse language of the Vikingr!) - the stuff that all things are made from. You learnt about the states of matter. In this unit of material science (science about matter), learn about the many different kinds of material, their properties, and how people use these properties to choose the right material for the right job in engineering, building and design.

As we explore outer space, find out more about the science of solar systems, planetary rotation and orbits, moons and asteroids... and perhaps explore further to find black holes, red giants and supernovae! We will also look at the cause and impact of climate change upon Earth, and compare this with the experiences of Venus and Mars in our own solar system. What can we do to prevent it?

The Ways of the Forces!

Learn about the Forces that rule our universe, and show your Jedi Mastery of physics!

Last week we were looking at the force of friction and how it can be observed in the form of air resistance by making paper aeroplanes. Click on the first picture to find different templates to make one. Click on the other pictures to watch the factors that affect the flight of an aeroplane. 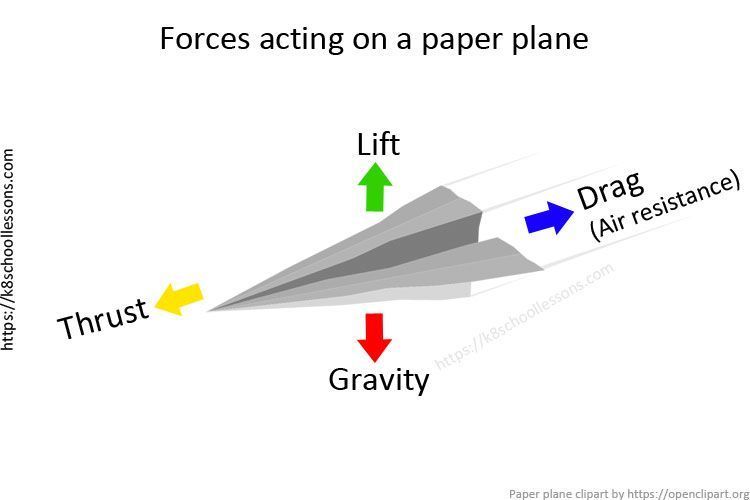 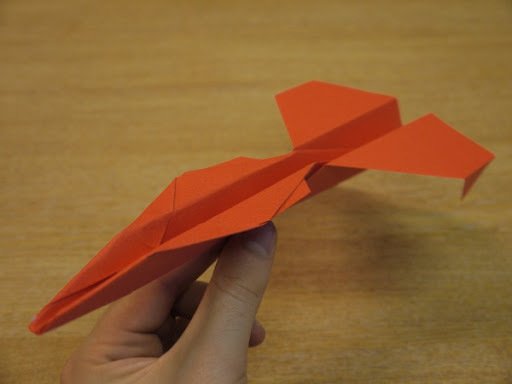 This week's Forces lesson is about two things we often think of as different things - electricity and magnetism - but are in fact parts of the same force: Electromagnetism! It's also the same force that means the Earth's core generates an electromagnetic field that protects our planet from being over irradiated by solar energy. SAFETY WARNING: Please, DO NOT plug anything into the mains electricity to see what happens, poke anything into electrical sockets, or open up electrical items to look inside! Watch the videos below and, if you have the materials around in your house, get an adult to supervise while you build a small, battery-operated-only electromagnet and do some tricks! Grown-ups, here is a link for you that gives a bit of extra information if you want to find out more!

You can detect electrostatic force using an electroscope... which you can build at home too. You will need: a plastic bottle or glass jar, thicker copper wire (either leaving some insulation on it where it will contact the jar lid, or threading it through a straw), something to make a hole in the bottle lid (get an adult to help), two pieces of aluminium foil (or two pieces of paper shaded over with pencil to add a graphite layer). How do you think it works?

What is applied force?

It's force powered by the energy of your muscles or by energy powering a machine and applied (used) to move other things in new ways. So it is a force that you control and use everyday! You were a jedi all along!

What can applied force do?

Applied force can be used to do three things:

1. Counteract (push or pull against another force in the opposite direction

2. Complement (add to a force to make something move more easily)

3. or redirect (change the direction in which another force is moving an object).

What else can applied force do, if you use simple machines to help you?

By the use of some simple machines, known to the ancient Greeks, you can use applied force to do a fourth thing:

A simple machine - such as a lever, wheels and axles, ramp, wedge, screw or pulleys - can help you to move things that your own strength could not do normally. For example, a series of pulleys (a compound pulley) can help you to lift an object with a weight many times the amount that your muscles could lift up all by themselves. This is what a crane is.

So you too could lift an x-wing fighter from the swamps of Dagobah, just like Yoda, if you master the application of applied force!

Find out more about how simple machines help you to used applied force in the webpages and videos below. Then, go to the next section to learn how to build some simple machines of your own! 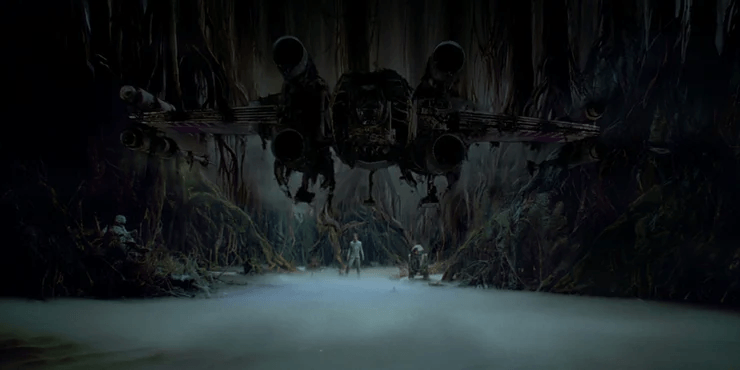 [Scene: Jedi Master Yoda is training Luke Skywalker in the swamps of Dagobah]

Yoda: “Size matters not. Look at me: judge me by my size do you? And well you should not, for my ally is applied force, and a powerful ally it is! Build some pulleys, you should! The videos and webpages below to build simple machines, you should watch! Help you, they shall!”

Find out about the changes that organisms - living things - go through in their lives: plants, insects, amphibians, reptiles, birds, mammals, and humans. This introduces the scientific vocabulary you will need to understand our Science and SRE lessons about the human lifecycle and to understand the changes of puberty.